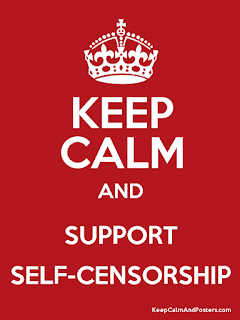 Do you think about the repercussions of what you share on social media? A random whatsapp video, a link on Facebook, retweeting something...it's just a second to press the share button. But the consequences of our unthinking actions could have very serious consequences.

CASE 1:
A couple of hours ago, I received a video on Whatsapp. It was about a family being asked to leave a movie theater because they did not stand up for the national anthem. The message that came along with the video insinuated that the people in question belonged to a minority community. I watched the video and I didn't think I could make out which community the people belonged to. This video is widely being shared all over as I type this. Some astute journalists have removed the reference to religion while a major newspaper, known for its low journalism ethics has retained the reference in its headlines. Not standing up for the national anthem is not a religious flaw. It's the mentality of the person. Then why is it being made a religious issue?

CASE 2:
A few days after Ganapati Visarjan, I received a video in which someone had filled a truck with Ganesh idols and were throwing them into a dirty canal, in some part of India. Yet again, this video came with a message that this deed was done by members of a minority community. There was a major hue and cry about this video when we ourselves immerse our God in waters which are filled with filth and jog over his muddy remains, the very next day. The fact that this video was shared with so much religious fervor, it almost scared me thinking of the religious fanatics out there.

CASE 3:
Some months ago, a woman posted a picture of a boy in Delhi, accusing him of passing lewd comments as she waited by the signal. Note, this was a pic and not a video. This picture was viralled hundreds of times with people abusing the man in the picture without a second thought. It came out, later, that the boy was innocent and the girl had done the deed out of some personal spat. I cannot imagine what his family would have gone through...but by the time the boy proved his innocence, the damage was already done. So many people mindlessly shared the picture, unthinkingly, not bothering to even verify if it was the truth.

CASE 4:
A social activist (anti-rape activist, who had previously been a victim of rape herself) shared a video of a woman being raped. She raved and ranted and hoped that the victim got justice. This video viralled. As all junk on internet does in today's day. But ironically, a lot of people thought that they were viralling only a pic of the perpetrators and not a video. For those people who clicked through the picture, got to see the the horrifying and disturbing act. I cannot imagine how anyone, especially someone with a history has hers, could actually upload the entire video and send it when sending a mere screen shot of the perpetrators could have sufficed. 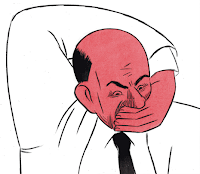 I could go on and on about these instances but I think you get the point. Everyone wants to have an opinion...and why not? Social media is a fantastic tool for people to voice their opinions. Everyone wants to be a citizen journalist. Unfortunately, like every other vocation, journalism also has it's set of rules. In a bid to be heard, the common junta fails to follow these.

Rule no. 1: Have you verified the facts?
It's so easy to press the 'share' button, when a story seems titillating enough to get the attention and likes of your friend and family. But is the story true? In a bid to share 'popular' content on social media, are you unknowingly ruining someone's reputation? Are you spreading religious malice basis your personal spite?

Rule no.2: Is the content appropriate?
Even if what you are sharing is verified, is it appropriate? The video of a woman being raped...a man falling to his death from a Mumbai local...
Is this not extremely sensitive material which needs to be nipped in the bud?

If we all want to be citizen journalists, we should, by all means. But at the same time, we need to censor and monitor the material we are sharing.

Please check and verify what you are sharing.
Don't be carried away by emotions and religious fervour.
Avoid sharing anything which will hurt religious or political sentiments of people. There's too much of hate going around the world in any case. You don't need to add to the mayhem. 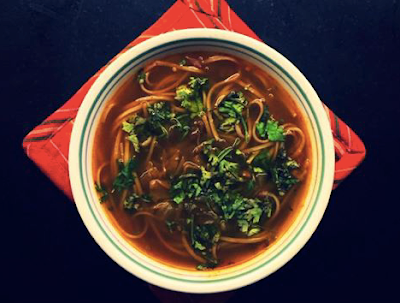