Showing posts from August, 2013
Show all

Shame on you MOM

- August 29, 2013
Its embarassing to read that the mother pr grandmother of the rapist is not only deending her child but trying to forge documents to fool the cops into believing that he is younger. So he may escape the law if she succeeds. But how will he escape the poetic justice he will certainly face some time in the future? Has this mother done the right thing by protecting her child? Doesn't she realise that by doing so, she has failed as a parent? She is equally guilty because by protecting his wrong, she has created a monster. Chikdren are a product of their culture. So what u sow is what u will get. Be a monster and breed a monster. Such parents should be taken to task equally.
Post a Comment
Read more

Kudos to these young girls... 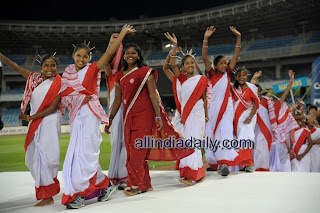 And while I keep complaining about the politics and dirt and mess and just about everything that we have been conditioned to do, there is this bunch of Indian girls who have absolutely nothing but yet they have managed to make us proud as a nation. But why do I have a feeling that it is still Virat Kohli who will be the poster boy of the next big campaign? Click here to read more about these little stars Click here to read more about these stars
Post a Comment
Read more
More posts