Showing posts from March, 2015
Show all

Egovernance...bringing the government to the common man's desktop 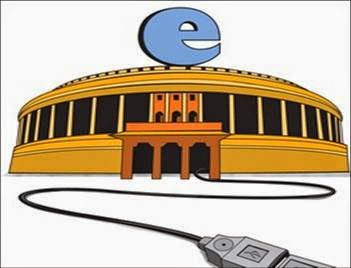 I grew up in the eighties and nineties. Access to the government was almost nil. Once you had voted for them, it was the end of that. Who knew what happened between that and the next election? BEFORE E-GOVERNANCE CAME INTO PLACE - Was the nation really progressing? - What were the government's plans to get there? - What was the proof of progress? - How could we, as common citizens participate in this process? - We had to stand in lines for forms and other Government documents. - If we had a problem or complaint, we didn't know who to get in touch with. For us, any government procedure meant a shudder down our spines. Anything to do with a form and a government process meant long lines to get forms and even longer lines to get the work done. People in the city at least had access to the offices…but people who lived in suburbs, smaller towns and rural areas had it real bad. It meant a trudge all the way to the nearest city and then waiting and more waiting. From
1 comment
Read more

Many Indias in one India

- March 25, 2015
It's a wonder we are still alive all of us…Indians. In most countries around the world, people follow mainly a couple of religions, speak one or two languages and eat the same food, mostly. And even after being more or less, history has witnessed some of the bloodiest battles and wars and revolutions in these countries.  Now, let's look at India..  Many religions, crores of gods, hundreds of languages, thousands of dialects in between…each and every building here is probably a mini india with people having different views on just about everything. That's our culture…a melting pot, hotchpotch whatever else u may call it.  Many many Indias exist within India. In spite of all this difference, we are blessed indeed, to come over our differences and still co-exist. I sometimes wonder with differences like chalk and cheese, how do we manage to all live and not kill each other? Opposition about different things, stupid or otherwise, is natural. No two people think alike, and in In
Post a Comment
Read more

Reset, reboot, reload, relaunch…every seven years. I began to live this mantra on a day when I was lying in bed, pain wrecking each and every cell of my body and my baby daughter looking up at me, hoping I would play with her. And I was only 27. Was this what was destined to happen to me? Would I ever get to play with her? Would I ever be able to travel with such a weak, chronically aching back? Would I ever be able to dance? Something which I had wanted to do ever since forever? I was in so much pain that I couldn't even cry. I think somewhere between those pains, I made the decision that I had to make a change.  Today, my mother seems to think that I am a rolling stone who gathers no moss. Another friend calls me up every year on my birthday. And every time he calls to know what new am I doing because every year, I am doing something different. One year, I am a chocolate maker, another year, I am a voice over artiste, yet another year, I am a shop keeper and sometimes I a
Post a Comment
Read more

You're simply not good enough for us!

- March 18, 2015
At that moment, it seemed to me that my life had come to an end,when those words, “You’re simply not good enough for us,” came crashing like a hammer on my head.  I was asked to leave from my first job, after only a month. I was merely 21, fresh out of college and green behind the ears. As an aspiring writer but somehow, now a junior client servicing person, I didn’t know that I needed to be servile to my bosses. Nor did I know that one should not be too vocal about the unfair practices adopted at work with regards to a lot of issues. The final result was that one evening, second month into my job I was asked to leave. I pleaded and apologized…but the boss was determined to see me go. I packed my stuff and ran out of there. What would I say to my mom? Worse, what would I say to my father who had such high expectations from me? Those were the days when there were no mobile phones. I stepped towards a pay phone at a grocery store hiding my swollen red eyes from the grocer.
Post a Comment
Read more

- March 17, 2015
Let me be honest. I wanted to change my surname for as long as I could remember. My maiden surname was ‘Shertukde’. Literally translated, it meant ‘Tigerpieces’ or ‘Lionpieces’. And when there are surnames like this…can teasing be far behind? I’ve had people roar across the college floor or even at work call me Tigerpieces. My first email id was tigerpieces and it is still in use. But while Tigerpieces is good for a cartoon, it’s not so good for a person. So when I got married, I very happily adopted the shorter and sweeter surname of Karir. Actually, choosing names should be a matter of nothing else but convenience and personal choice. The law of the country has made it legal for anyone to adopt names of their choice. So I wonder why it has suddenly become a feminist issue.   For women who are known by their maiden names, for e.g. journalists, writers, celebs etc. it makes complete sense to stick with their maiden names. For other women who like their old
2 comments
Read more

A few years ago, I got this email from Manushree, my school friend who had relocated to London for a job. She and I had not kept in touch for a very long time and I happened to meet her via facebook once again. Here's what her email said... Dear Suni, I am not a regular on facebook. But today, on a whim, I decided to open my dormant, friendless, facebook  account. That’s when your friend request came at the most appropriate time. A spot of sunshine in my lifeless, colourless world. Living in this cold, grey country, I had been wondering for the past week, if I would ever feel the heat of the Indian summer again. The memories of our old days in India brought back some of the warmth in my blood…something which had been lacking for a very long time. Today, at work, a few of my colleagues went out for a drink. As usual, no one asked me. There I was sitting right in the middle of everyone, like a piece of old furniture. And everyone simply bypassed me. I’ve never felt
1 comment
Read more
More posts