Showing posts from January, 2017
Show all

Group Tours: To do or not to?? 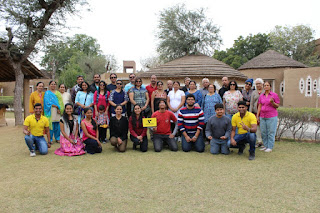 My group tour to Rajasthan last week, Jan 2017 I’ve just returned from a group tour of a well known travel company. This is not a review of the company but an article on the pros and cons of actually going on a group tour. So if you are travelling anytime soon and are considering choosing a group tour, here are the things you should consider before you actually invest in a group tour.  What is a group tour? So a travel agency normally conducts group tours where people travel to popular places within a region. People from all over sign up for this tour. They arrive at a common location and from there, the tour begins. These passengers travel in one common bus and visit places together. The travel group arranges for everything including food and visiting charges and guides and what not. So basically, everything is included in the fees. You may not even carry your wallet (though I would not recommend that. Just in case you need to shop or for some other emergencies.) The PROS o
5 comments
Read more

Everyone deserves to have their story told. But sadly, a very few characters get a chance. Kavita Kane’s Lanka’s Princess is about one such character who proves to be the pivot to one of the most important epics of our country. But she has only been depicted in shades of black in our Ramayana. Lanka’s Princess is a saga of how Shurpanakha, the evil one, became what she eventually did and throws light on those stepping stones which made her what we eventually got to know about in the epic Ramayana. As they all say, no one is born bad, but it is the circumstances which make people what they are. Shurpanakha, tough as the nails she was ironically known for, was a woman with a wild and free mind of her own and perhaps that became the reason for her ignominy, in the largely patriarchal times that she was born in. Putting her actions in context of her situation and her times, the author has painted a heartening biography of this much hated character in Indian mythology. Succ
1 comment
Read more
More posts