A rose by the name of both its parents...would certainly smell sweeter

- October 01, 2014
A lot of her friends ask my daughter why she has two alphabets for her middle name.  She says to them "one is for my father." And the other? "Why of course, my mum. Who else?"

On one hot and sweaty afternoon, I found myself standing in Kiara's school office lining up to verify her details in her school register. The clerk asked me "what's your child's mother tongue?"
"It's Marathi." I answered.
"But isn't Karir a North Indian surname?" She enquired.
"Oh yes it is. Her father is a Punjabi." I replied.
"But u said her mother tongue is Marathi." continued the inquisitive clerk.
"You asked me for her mother tongue, didn't you? Or was it father tongue?" I was getting irritated partly because of her audacity and mostly because of the heat.
The poor clerk was a bit perplexed. Moving on to the next column she asked me my daughter's complete name.

"Kiara Anand Sunila Karir", I helpfully offered.
But I have place for only first name, middle name and last name. What sort of a name is this?"
"You asked me her complete name. And that's what it is. Anand is her father and Sunila is her mother. Make place in your form for both or neither."
"But I have to write a middle name."

I glared at her and perhaps that did the job faster and she quickly made space for two middle names. Ever since, she has been Kiara A. S. Karir. Officially. Even on her past school leaving certificate. Even in her present school register. It's a name she is proud of because it has her daddy...as well as her mummy.

Satisfied with the rest of the details, I turned around to leave the room as the next parent took her place.

"What's your child's name?" She asked the lady. "Karan Manish Sunanda Rawat". The woman proudly replied. As I overheard, I turned around and looked towards her. I saw her looking back at me with a big grin on her face as the clerk shook her head in amusement. There were three other mums who were waiting for their turn. All equally in tandem with what had happened I'm guessing. I'm sure the clerk noted that from next year, they would have to make an extra column on the form.

And that was how Kiara officially got two middle names. While it one small leap for a couple of moms I'm hoping it was a huge leap for motherhood all over. 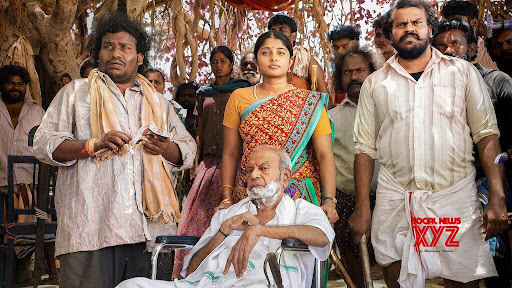 The Tamil movie Mandela has, for its protagonist, a very unlikely hero (strictly in terms of mainstream Bollywood.) He is not hunky, he’s not brave, he can’t woo a woman, he cannot sing or dance, he cannot roar like a lion or take on a bunch of villains…hell no, he doesn’t even have a real name! Realistically speaking, a character like this would be used only for comedic relief in a Bollywood movie. The henchman’s seventh sidekick who gets laughed at or is made to mouth ridiculous dialogues to fill up the space for comedic relief.   The heroine is unlike the Bollywood heroine. She’s neither delicate nor soft spoken. She has a lock of white hair, she rides around on a moped, she has an absolutely unconventional (in Bollywood terms) profession (she’s the postmaster of the village post office) she doesn’t have brothers or bodyguards to protect her. Oh wait, she also has a working brain, plenty of common sense and loads of gumption.     But what this movie tells us is that there is a s
Read more

It wasn't so loud in the day. But at that time of the night, the tick tick of the digital clock was obnoxiously obvious. She gritted her teeth in anxiety, looking from the clock to her boss and then back. The blue suit sat across the table, a stray pen in one hand and the phone receiver crouched between his ear and shoulder. Oblivious of the girl sitting across the table from him, he spoke into the phone… “Now here’s a better one…Why does Santa come with a huge sack?" She grimaced, trying to ignore his voice. This never went well, really…the same dirty jokes, the constant bawdy banter, never upfront...but still, non stop dirty talk. “No. Take another guess, d******d!” he spoke to the person at the other end of the phone. He sneakily glanced to see if she was listening in. She wondered if there was really another person at the end of the line. “Ok. I’ll tell you then,” he continued… “its because he comes only once a year.” “Haa haa haa haa haa haa. Got that??? Comes!!
Read more