P.K. review: Here's why I won't see it again 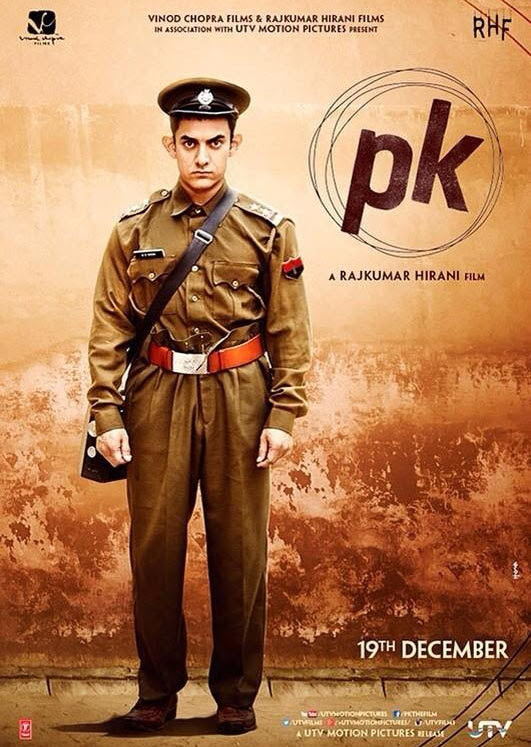 Some days, you wake up with a lot of optimism and excitement and you believe that something great is going to happen to you today. And then you wait for it to happen. Day turns into afternoon, and afternoon into night and you keep waiting. Nothing happens till the end of the day and you go to sleep, terribly let down.

P.K. is something like that. You wait for those moments to come. And you wait and then you wait some more. But that spine tingling moment in the movie never comes.

I'm a great fan of Raju  Hirani's movies and with no exception, all his movies up until now have repeat value. (I watched 3 Idiots three times in three days back to back in the movie theater).

I won't give you a comprehensive review because it will mean that I will give away some plot points. So I'll just tell you about the movie in a nutshell. You can decide if you want to watch it or not.
A slow start
The first 20 minutes of the movie are so slow, I thought it would never pick up and I was already regretting my decision of picking up tickets for the first day show before the reviews came in. Thankfully, with the entry of Sanju Baba, things seemed to gain momentum and it continued for a better part of the movie.

Seen that before
This movie lacks the fresh perspective that Raju Hirani's earlier movies had. OMG already pipped him to the post with the 'religion is business' kind of premise...so you get a feeling of deja vu throughout the movie.

Serious hangover
The movie could be described as a mash up of Lagey Raho Munnabhai MBBS + ET + OMG. With a generous dose of gyaan, slices of life, with a good measure of Gandhiji thrown in, the movie meanders here and there, providing you just about enough chuckles. What's missing is the tug at your heartstrings scenes which were a hall mark of his movies.

Anushka's duck lips are a complete turn off
I was never a fan of Anushka's acting. I always thought that she spoke too fast and unclear. Luckily for her, she had a decent face. But now, she's gone and messed it up totally. She may yell out to the world that she has not got a lip job done but her lips don't lie. They are horrible and distracting. She could have covered it up with some good acting...but no. She's the same reporter from Jab Tak Hai Jaan. No new nuances to her character...not even an attempt to add something different.

Yeh comedy hai ya romance hai ya tragedy hai?
I got confused. It started off as a romance and then meandered into a comedy and then suddenly, in the midst of it all comes in a terribly tragic scene. I wont tell you what. And then the scene ends, and the movie is back on it's earlier track. The scene had no consequence to the movie at all and it seems like the editor forgot to remove it out of the final edit.

Script gone awry?
Mr. Hirani is known for his flawless story telling. But this time, it seems like he got a bit overconfident with himself. Some characters and scenes have absolutely no reason to be in the movie as well as certain plot points. The movie could have been at least 30 mins shorter and it would have been a taut script.


At this point in time, this is all I can tell you about the movie. I'm feeling really let down. Or may be I had high expectations from Hirani and Aamir Khan. One thing I realised. Even your idols can make mistakes sometimes and, Mr. Hirani, the next time you make a movie, I'll watch it yet again, on the first day...and this time, hopefully, you wont disappoint us.
Opinion Reviews

Gifting ideas for mothers (and no, I'm not talking about juicers, mixers, jewellery, clothes or perfumes.)

Mother's Day is around the corner. What are you thinking of getting for your mom? A very popular departmental store is advertising special gifts for Mother's Day. Mixers and juicers and blenders and bakery items et al. Stereotypical, isn't it? Their marketing team needs to delve deeper into the 'mommy psyche' in the modern age jewellery, kitchenware, clothes, makeup, chocolates, flowers...oh my god! The most stereotyped and overrated gifts for mother's day. Think deeply...think like your mother. What she would like...and you will realise that there is a wealth of items out there which are not even being considered as potential gifts.   Here are some items which can make for some excellent gifts for your mums. Feel free to add to this list. 1. Apple TV/ Chromecast These are fantastic gadgets which convert your phone into an instant transmitter and whatever you see on your phone is mirrored on your TV. So you could be watching a movie on your screen and wi
Read more 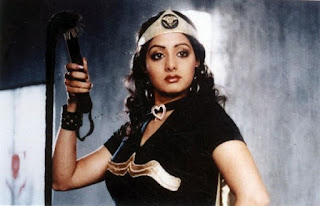 It will be needless to say that Sridevi’s death is an irreparable loss not only to the movie industry, but to a generation of women who grew up during the times when movies were largely about machismo, unrealistic male protagonists and largely sidelined and stereotypical female movie characters. Sridevi commanded a presence like no other heroine of her times could. Movies and characters were woven around her and she brought to the table, a lot more than entertainment. This was, in itself a feat, which no other female actor could accomplish. She came as a breath of her fresh air in an industry which was used to doling out weepy mothers who needed their sons to pay for their cough medicines to sisters who needed their brothers to avenge their rapes to married women who needed husbands to run their home and hearth. Every character she played in all her movies, there was a strong woman inside of her. The titular Chandani…she taught us that it was better to wa
Read more